Welcome to my website! Here you'll find information on all my series and standalone projects as they are released. Books marked coming soon, will be released within the year if they are unmarked with a specific date.

"Our Love" Text Chat Stories #2: The Day After Dinner

Welcome to "Our Love" Text Chat Stories! A social media series that will add a little bonus element for those following my poly contemporary series, Our Love, on Radish Fiction & Kindle Vella. But, will also hopefully be entertaining for those not currently following as well.
Read More

When you hear the word polyamory, what do you think of? Some of you might imagine a polyamorous person as someone with dozens of lovers, who hops from one bed to another. Perhaps others think of polygamy, and a man having multiple wives like on the show Sister Wives. The media and literature have a big sway on how polyamory is viewed in the public eye.

One of the biggest problems with this is that polyamory is often misrepresented in these mediums. They tend to show the instances where polyamory goes wrong or is abused. But let me tell you something folks, polyamory is alive and strong. And I'm not speaking of religious polyamory. I'm talking about the current, growing, polyamory movement spreading across the globe.

For thousands of people, consensual non-monogamy is the way to go. But these misconceptions, often spread by misinformation, hurt the poly community and make individuals reluctant to come out about their lifestyle. In my quest to write real-life, respectful polyamorous relationships, I've come across eight big misconceptions I'd like to discuss.

Do you want to stay up to date with all of my new releases, giveaways, and news?

The best way not to miss a thing is to sign up for my monthly newsletter delivered directly to your inbox. And as a gift for being some of my first subscribers, there's an offer to download a free copy of Taking A Lover on your preferred format. Which should arrive in your email as soon as you submit the form. 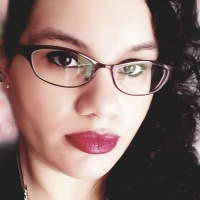